As CEO for over six years at United Family Medicine, a community clinic in Saint Paul, she was described by her board chair as “compassionate and fearless.” She considers it a privilege to serve in this leadership role in an organization that provides primary care for those with limited access to health care. A true social entrepreneur!
Prior to heading up United Family Medicine, Jeanne was the co-founder of the Institute for Women Entrepreneurs at St. Catherine University, working with women to leverage ideas into opportunity.

Jeanne in her own words….
A girl can never have too many purses….. As a little girl, I carried several purses with me wherever I went: a little girl-sized red one holding money and gum, the usual purse things, such as an adult-sized shiny black bag filled with paper, pens and books, and sometimes a third purse, full of dolls, doll clothing and ribbon, each one devoted to my diverse little-girl interests. These full satchels symbolize my diverse interests. I did not know that some day these purses would become a metaphor for what I value most: continued growth and learning.

I’m always looking for alternative solutions—”making it so” is what I call it. If someone has a great concept or process, it just isn’t good enough to say ‘what if’ – how can we find a way to try this and see if it works? If we don’t, I grieve that we may not have checked it out. I guess I ask why a lot. When I was little I would drive with my Dad and ask questions, I’ve always had that natural curiosity. I’m really resilient too; I always see another option that we just haven’t figured out, yet. People would say I’m always hungry for information. I think that started very young, and I received very positive messages from my parents. When I went to school to be a nurse, I found the school that required the shortest amount of time and got my degree so I could do exactly what I wanted. Before I was born my mother traveled all over the state during the depression to little towns, and she would help struggling farmers by setting up offices for financial and social aid. Her sense of adventure and imagination was part of who she was. At the age of 65, she started a new career as a newspaper proofreader and recipe columnist! Dad was an inventor—probably a Dreamer on the Creatrix Assessment, but they both were clearly role models for creativity and taking risks.

I always believe there is a better way to do something. I believe there is a solution ‘out there’ and I have to find it. For me, it’s a mixture of curiosity, information and experimentation, working through alternatives, trial and error, and being sensitive to the way I work. If new ideas are not explored, I see it as a missed opportunity. I think I work on helping people see the wisdom of ‘doing it’ differently and use questions as a way to get the thinking started.
I think my favorite job was creating the Institute for Entrepreneurs at St. Catherine University (St. Kate’s). Clearly over the years, I’ve enjoyed creating new jobs, new roles, seeing a need and saying let’s do it!

Jeanne’s advice for being more innovative and stretching your innovative capacity….

• Believe that there is always a solution and you just have to find it
• As innovators, we tend to have an idea and surprise people, and then it is an uphill battle—I’ve learned over the years not to surprise people, but bring them
along and create some consensus. That is often antithetical to an innovator’s natural tendencies.
• There is always something new to learn.
• Be courageous and decide the value yourself.
• Be clear about what you contribute and help others to do the same
• Be patient, help others catch up but be clear about what you want.
• Incremental innovations may not be what you want, but are worth paying attention to.

Sarah Miller Caldicott, Speaker and Author of  the newly released ‘Midnight Lunch’ and

A great-grandniece of Thomas Edison, Sarah Miller Caldicott has been engaged in creativity and innovation throughout her life. Inspired by a family lineage of inventors dating back five generations, Sarah began her 25-year career as a marketing executive with major brand-driven firms, including Quaker Oats and the Helene Curtis subsidiary of Unilever.

Concerned that America was losing its innovation leadership just as the new millennium dawned, Sarah spent three years researching Edison’s innovation methods with experts at Rutgers University. She co-authored the first book ever written on the subject of Edison’s world-changing innovation methods, entitled Innovate Like Edison: The Five-Step System for Breakthrough Business Success. She is the CEO of The Power Patterns of Innovation, a consultancy which guides organizations of all sizes in applying Edison’s timeless methods today.

Sarah in her own words….

When I was growing up I was in the minority. It seemed like I always had different ideas from everyone else. Sometimes I voiced those ideas and other times, not.

As one observation, it seemed like the way I approached problems and situations was a bit uncommon. I had a different take on things. In college, for example, I self-designed my own major, stepping outside the box to pursue something no one else was doing. I found I consistently saw unique connections between things that others didn’t see.

I realize now it would have been helpful to know I was an innovator. I might have approached the decisions I made a bit differently. Who knows, I might have been able to stay in corporate life? (laughing)

I can’t recall if I was ever specifically encouraged to take risks, but I was definitely encouraged to follow my interests. My family considers me the “innovative and creative” one in our family circle, perhaps because I did so many things off the beaten path. And perhaps because I’ve written a book, people say “You’ve been true to things you love – you really stayed the course.”

The most important innovation I’ve been involved in was the book on Thomas Edison’s innovation process. It involved three years of research studying Edison’s approaches. I found myself seeing intriguing patterns, making connections in his work that had not been specifically linked before.

I’m not sure if I’m like other innovators or not. My impression is that many innovators are very stubborn and don’t listen well – perhaps I’m cut of that same cloth, I don’t know! Sometimes innovators just see things they are so passionate about that they have to do them – no matter what.

Innovators usually drive things harder than others because they are extremely interested and curious about new things. I find I like to pursue new subjects, and so did Edison – probably to a level that has not been equaled in modern history. For example, when experimenting with the light bulb, Edison was using bamboo filaments impregnated with carbon. Some of the carbon wound up on the interior face of the glass bulb. It was being thrown off the filament by the electrical current, but Edison wanted to understand why.

His findings about this process became known as “the Edison Effect,” and ultimately was logged as one of Edison’s basic research discoveries. It turns out the filament was casting off electrons as a result of interactions between the carbon and the electrical current. The carbon deposits showed up in certain patterns on the inside of the light bulb based on the shape of the filament itself. The findings from Edison’s breakthrough became the foundation of vacuum tube technology – impacting the understanding of how to selectively turn currents “on” and “off” in discrete parts of a larger process. So in a very real way, Edison was the father of modern electronics.

I find that most of my better ideas start with small insights that I write down, then expand on. I keep a notebook, review my ideas, and use a ton of Post-It® notes. My family can vouch for that! This system creates visual reminders for me about what my insights were weeks, months – even years – ago. Sometimes I believe I’ve thought of something new, and then I find I’ve already recorded something similar in my notebook. When I see clusters and patterns like that, it generally is a sign that the idea has some staying power.

For the 5% of the business population who are innovators, we need mini support groups to help us see — and articulate – the unique skill sets we have.

When selling an idea, it’s challenging to simply plop down your report and say, “Here is my idea, now you go make it profitable and successful.” Innovators need to understand that many ideas take time to break through. It’s important to scout for people with the behaviors and mindset that will connect with yours inside an organization, and then learn how to engage them and sell to them.

Successful innovators also need to understand that the ability to fulfill customer needs – rather than just a good idea in itself – provides a guide to senior leaders in what gets a “yes” or “no” decision. If you can’t articulate how your concept connects to customer needs, your chances of being heard are smaller.

Overall, I would say that innovators need to learn to present their ideas more effectively, and learn how to create a collaborative community where others can contribute to their overall activity.

Sometimes being an innovator means everything moves more slowly than you’d like. You feel like you’re making zero progress. I have a phrase for that – I call it “moving the peanut forward.” If I can see even a little turn in the peanut each day, by the end of a month, I’ve moved the peanut by a whole foot. That feels like progress! And sometimes, that’s all you need to keep motivated and continue ahead just one more day. 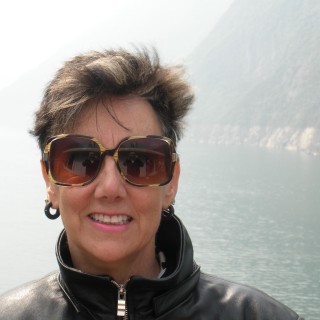